Things That Should
​Stay Buried 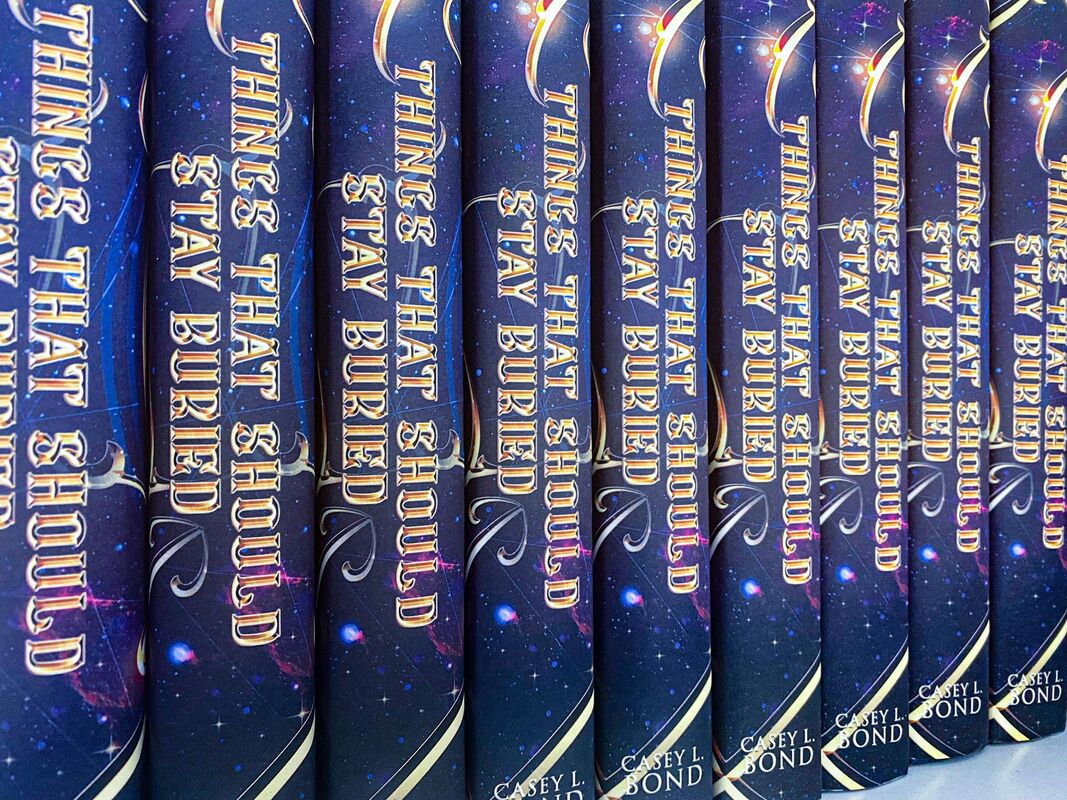 Welcome to the page for YA Fantasy Things That Should Stay Buried. Scroll down to learn more about the book, see character art, view the book trailer, and read an excerpt.
There are things that ruled the earth long before humans began to scribble their histories.
Things that were forgotten.
Lost to time and memory.
Things that became myths.
Wicked things.
Things that should stay buried.
Some destinies are written in the stars. Others must be bought with blood…

The Zodia are real. Clawing their way from a long-forgotten tomb, they emerge, ravenous to claim everyone born under their star signs. Plotting to resurrect kingdoms no human knew existed, they are driven by a hunger for vengeance against the one who buried them: Aries.

Larken is a natural born sprinter, but even she can’t outrun the darkness closing in. A shelter-in-place order has been issued, causing widespread panic. Some brush the alarm off as a drill, until people begin to disappear... vanishing without a trace. Left with only one option, Larken’s brother does what he must to save her life... and calls forth Aries.

Considered a traitor by his own kind, only Aries has the power to stand against the Zodia. But he can’t do it alone. Mystically bonded to Larken, the pair must band together for the fight to come if either hope to make it out alive. Neither anticipated the passion that would ignite between them. Yet, in a world suddenly thrust into chaos, it may be the key to their survival.

The Zodia are out for blood with their attentions inexplicably focused on Larken. When long buried truths finally come to light, will their love be their salvation or their curse? 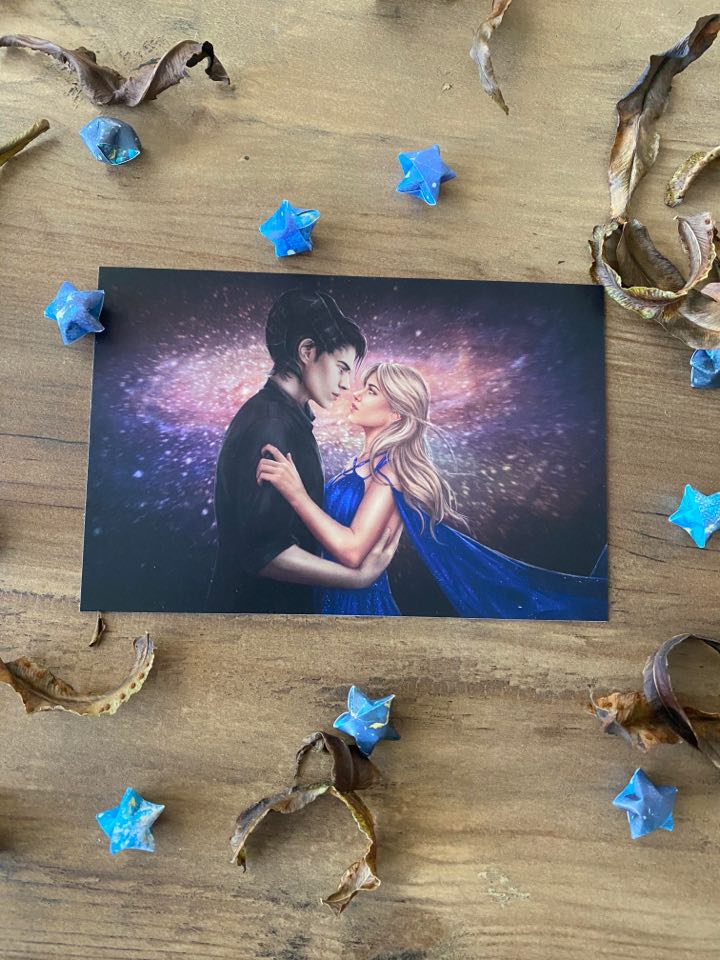 Character art of Larken and Aries by @MyHopeArt.
Praise for Things That Should Stay Buried
“A mesmerizing and haunting twist on a familiar tale you don’t want to miss. “ - Cameo Renae, USA Today bestselling author of the Hidden Wings Series

“Casey L. Bond reaches for the stars to bring us Things That Should Stay Buried. The Zodia are beautiful, dangerous and to die for.”- New York Times Bestselling Author Chanda Hahn 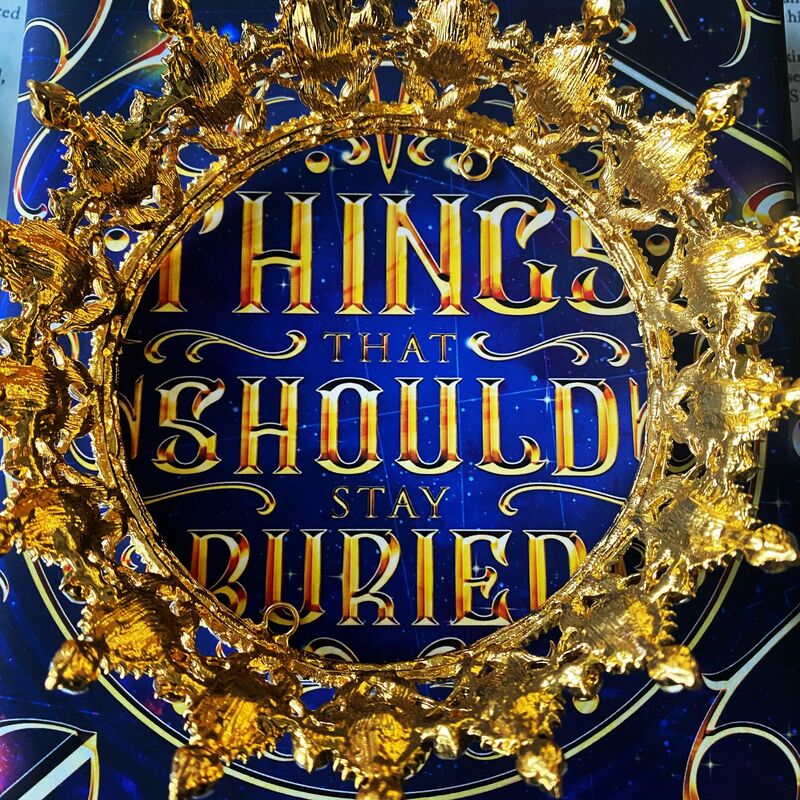 Enjoy an excerpt of Things That Should Stay Buried, YA Fantasy novel.

Only inches separated us. He leaned in and let the tip of his horn rake into my hair. I shouldn’t have liked it. I should’ve turned away from him. But his hand was warm and rough on my side, and for whatever reason – whether it was the pledge or not – Aries wanted to touch me. And I needed to feel something other than fear.

Until my chest bumped against his and he inhaled loudly. A strangled sound escaped his parted lips.

I reached up and brushed my fingertips over his horn and watched him shudder. His eyes, when they weren’t focused on my lips, tracked my every movement.

He closed them as I let my fingertips graze his horn again, drifting over every obsidian bump and ridge. His hand tightened against my side, the tips of his claws digging in ever so slightly. His free hand cupped my jaw as a rumble tore from his chest.

“You tempt me,” he said. There was tension, accusation, and something more profound in his voice.

The dark slashes that were his eyebrows furrowed as I lowered my hand, taking it away from his horn and brushing it down his chest, over his black tunic. His breath hitched as I slid it back up to toy with the hair at the nape of his neck. I didn’t know what came over me.

Maybe it was the fact that he was so close, or the gravity of the situation in which we’d found ourselves. Or the brazen but reverent way he held his hand against my skin, against the mark. Maybe it was the look in his eyes that told me he wanted me to touch him back.

Whatever it was, something had shifted between me and Aries… something dangerous. Because if I was going to survive him, I couldn’t allow myself to fall for him.